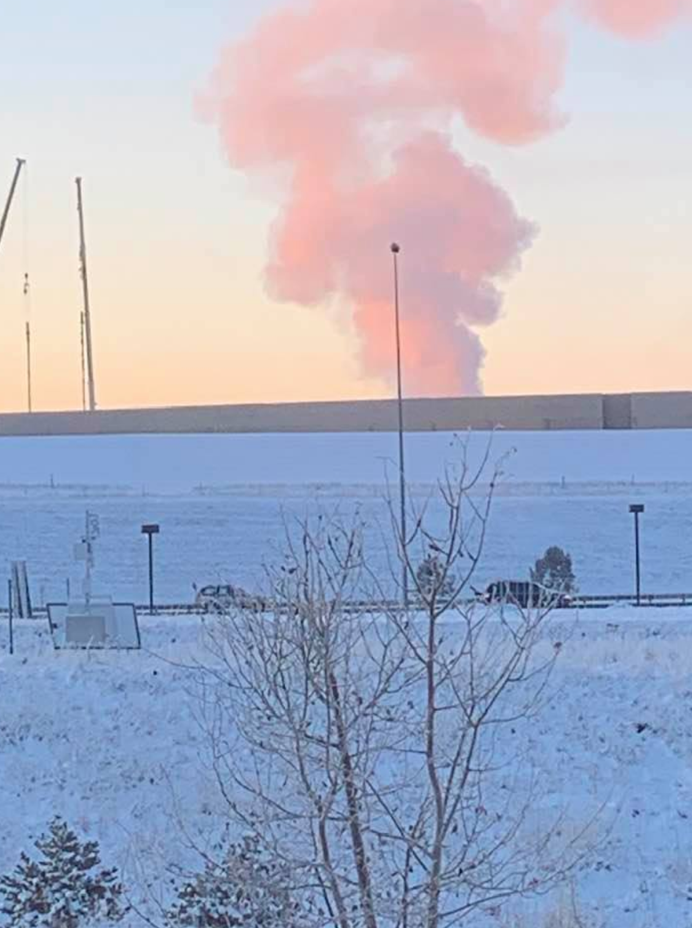 On the morning of February 5, 2020 residents near the Livingston Pad were greeted with an ominous and very frightening sight. Billowing from a single location on the pad was a belching plume of smoke.  As early as 5:30 a.m. residents were calling 911. With the early call the fire department was dispatched.  They determined that there was no fire, but there was steam coming off of the hot water being poured onto equipment to keep it from freezing up. Extraction is in the process of fracking the last two wells on the Livingston site.  This means that proppant mud and fracking chemicals are being forced, under pressure, down the hole to hold open the fractures created by the explosions used to fracture the rocks. The proppant and fracking chemicals cannot be used if they freeze over. Given that the temperatures during the 2/4-5 night dropped below zero, there was likely a high probability that at the very least, the proppant and fracking chemicals could become too viscous to use.

The result of hosing down the storage area for the proppant and fracking fluids was more than just steam, it also included some noxious chemicals. There was little to no wind in the morning which meant that the chemicals being aerosolized with the steam would quickly drop to the ground. By 8:00 a.m. at least one resident was experiencing severe burning of the throat and eyes. CCOB was contacted and they dispatched staff to collect an air sample to determine the chemicals being emitted into the area. That resident left the area to get away from the chemicals and quickly experienced relief from the adverse symptoms. Returning four hours later the symptoms returned within minutes, but to a lesser degree.

From its first siting at 5:20 a.m. the plume continued to be visible until 11:00 a.m. After that point in time the plume was more difficult to detect. CCOB has said it will continue to monitor what is happening at the site.

Editor’s note: Broomfield Concerned appreciates residents writing guest articles, op eds or sharing their experiences with our audience. What is evident in this first-hand account is that residents experienced severe burning of the throat and eyes. While it has been suggested the plume was merely steam, residents clearly experienced symptoms that would suggest the plume did not simply represent steam and have dire concerns over chemical exposures. Our team will continue to report on additional responses to Wednesday’s visible plume, as available.