The City and County of Broomfield (CCOB) announced today that while Extraction was removing facility equipment associated with the Brozovich MA 8-10, Brozovich MA 8-15, and Brozovich MA 8-16J wells as required by the Operator Agreement, Extraction found historical contamination that will have to be remediated. It was reported by Extraction to CCOB and the Colorado Oil and Gas Conservation Commission, which will have final approval of remediation.

The location is near Spruce Meadows Drive and Zuni Street.  According to CCOB, “Production from all 3 of these wells flows to a single facility (equipment and tanks) located near the Brozovich MA 8-16J well head as shown on the map below. The wells were plugged between late August and early October 2019 and the plugging and abandonment operations include the equipment and tank removal… This is a legacy facility in Broomfield and includes 2 crude oil tanks, 1 produced water tank, an emission control device, and a separator. “ 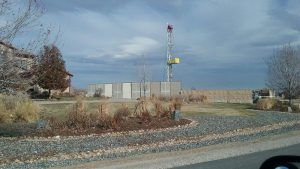 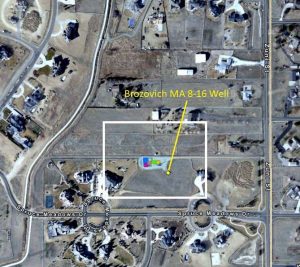