The City announced on June 6 that Extraction has notified them that Extraction will be drilling two more wells on Interchange B, bringing the total to twelve wells to be drilled on Interchange B before the current end of the drilling phase there.  Extraction’s original 3/20/19 notification only included ten wells to be drilled in this phase.  The continuation of drilling means that nearby residents may unfortunately continue to be subjected to health impacts related to odor and the usage of carcinogenic drilling mud.  According to the City, Extraction complied with Colorado Oil and Gas Conservation Commission (COGCC) regulations in giving the City 48 hours notice on drilling the two additional wells. 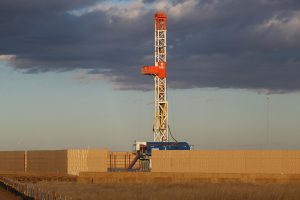 The City also stated that Extraction is completing drilling for the tenth well on Interchange B since drilling began on March 22.  The Operator Agreement allows for 17 wells to be drilled on Interchange B but one well is still not permitted by the COGCC.  Interchange B S22-30-20N is marked as “on hold” on the COGCC permit page and should be given greater scrutiny according to COGCC Director Interim Guidelines.