Extraction withdrew its spacing unit and forced pooling applications for the 19th well on the Livingston Pad, Livingston S19-25-1N. A few days ago, Wildgrass Oil and Gas Committee, represented by Attorney Joe Salazar of Colorado Rising, filed additional documents with the COGCC identifying due process violations committed by Extraction. On Oct. 9, Colorado Rising filed a claim in Denver District Court on behalf of WOGc to request that the COGCC halt all permits until SB19-181 rulemaking is complete.  Attorney Kate Merlin also represented other Wildgrass plaintiffs in the case.

Wildgrass Oil and Gas Committee has been protesting this Livingston boundary well since Extraction first applied for its permit in July. “Statutes trump rules,” stated Hearing Officer James Rouse in a July 22 prehearing at the Colorado Oil and Gas Conservation Commission (COGCC) regarding the protest WOGc. In addressing Extraction, Hearing Officer Rouse was referring to the new statute SB19-181 and the fact that there were rule questions he could not answer given the new perspective that SB19-181 brought. WOGc Board Members Lizzie Lario and Jean Lim also took this “new” message to the City and County of Broomfield (CCOB) in a letter and public comments on July 23 to try to get CCOB to also view the spacing unit under SB19-181. 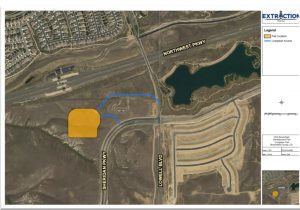 In an October 29 email from CCOB, it stated that, “No word on whether Extraction intends to refile at some point. This well cannot be drilled without a permit. As Council instructed, we have informed Extraction that we will not enter into a lease for the minerals that were within this well bore spacing unit.”

In a press release from Colorado Rising, Attorney Joe Salazar stated although Extraction’s COGCC cases are now over for the Livingston Pad, Colorado Rising intends to keep the Denver District court case going.  He explained, “Because of statements from the COGCC director and the rulings of the hearing officers, we believe the COGCC will continue to repeat its arbitrary and unconstitutional conduct on future applications. At some point, this madness will end when rules are finally in place under SB 19-181. Until then, we will press ahead to pause permitting in order to protect Coloradans.” 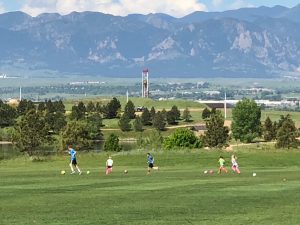