On Wednesday, November 27, the City and County of Broomfield published an update stating that the Colorado Oil and Gas Conservation Commission (COGCC) was continuing work to repair the Davis 43-6 plugged and abandoned well under Graham Peak Way in a new Anthem Highlands subdivision. The COGCC has made repairs to the depth of 1180 feet but they will continue to repair it to the estimated bottom depth of 2500 feet. Work that began on November 14 was originally estimated to take two weeks but has been delayed by the weather, according to the CCOB announcement.

The methane leak was discovered in June when elevated readings were found during routine soil gas measurements by CCOB. The CCOB announcement states, “Safety protocols continue to be followed including traffic control and air monitoring. The air monitoring still does not indicate any emissions of concern.” 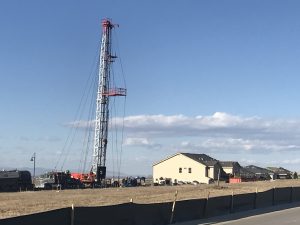 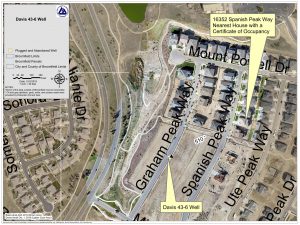