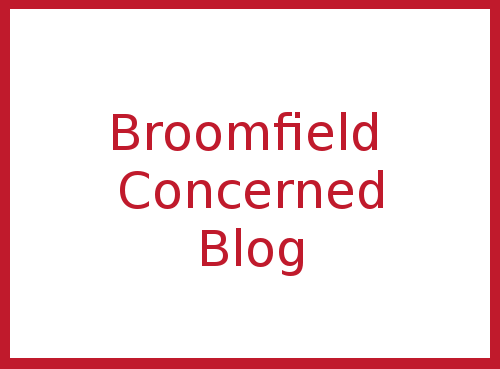 I spent my lunch hour with the Governor and our City Council, along with a handful of other citizens.

I appreciate that he came to Broomfield.

That said, I’m not as comfortable as I’d like to be with his positions on oil and gas in residential areas and his assurances that safety is the paramount concern. Frankly, those remarks were interspersed with discussions of what economic impacts the oil and gas industry and building lobby will tolerate, making it clear that even sensible discussions about setbacks or mapping are viewed as predatory actions by so-called “activists” rather than common-sense steps by citizens and legislators to ensure industrial accidents never occur at the steps of our homes and schools. 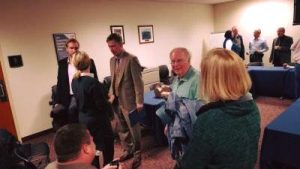 To have those concerns outweighing those of residents, and even the many mineral owners of Broomfield, seems like a game of political capital intended to keep the industry satiated at the expense of local control and citizen safety. And flies directly in the face of the Martinez ruling.

Let’s put it this way, the COGCC, the regulatory body he appoints and directs, is far from being driven by a consumer protection mission. Two people just lost their lives in a home explosion as a result of oil and gas, and we are still having discussions that attempt to balance industry needs with citizen safety. And I find that disturbing.

Anyway, thanks for the time, Governor, and I hope you do as promised and read that four page letter I handed you. Come again anytime. Maybe we can give you a tour of the proposed well pads next time around. We’d welcome that.