Broomfield Concerned has received a copy of an official letter sent to the city and county on Tuesday, July 2, 2019, by the leadership of Broomfield Health and Safety First. The letter details more than a dozen issues with the current oil and gas development occurring within Broomfield‚ and requests those issues be immediately remedied. Community leaders are also actively working to engage city officials as it begins making new updates to oil and gas regulations. Oil and gas regulations are currently being revisited by many local municipalities, including Broomfield, given new powers granted through the passage of SB-181. A current moratorium on new permits, passed May 28, 2019, is set to expire on December 4, 2019. 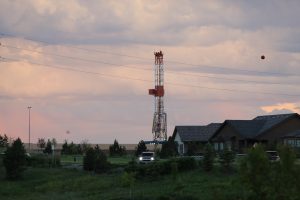 According to Neil Allaire, “Broomfield Health and Safety First is urging the city of Broomfield to look closely at the problems currently being faced by homeowners. Most of the reported incidents are clearly in violation of the Operator Agreement between Extraction and the CCOB. We are asking the city to enforce that agreement much more strongly than they have been. To date no fines have been levied and there are no other consequences to address these issues. In the meantime, Extraction continues to move forward at a rapid pace without any indication that their pattern of violations will stop.

The community passed 301 by a large margin — and SB-181 has granted new authority at the local level. Broomfield is currently updating the municipal code in light of SB-181. We need to ensure that new regulations uphold health and safety and that the city fully exercises its new powers as it revisits our code. This needs to include more substantive penalties for infractions.

Also, given the many disruptions to health and safety at the initial Interchange Pads, it is imperative that the voices of residents are heard as part of the update process. Most certainly this process should include residents as a key stakeholder — the neighborhood groups long-involved and at the table — and the many residents who have been experiencing fumes, noise and traffic violations for weeks as a result of the work  being done on the Interchange Pad.”